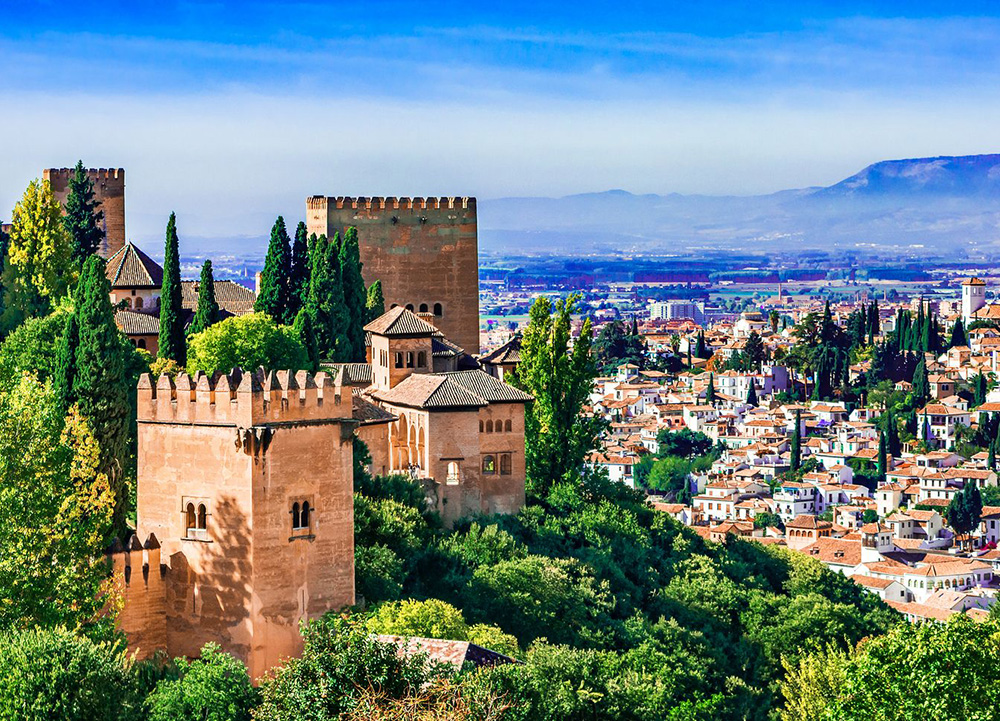 Granada, a journey into history without leaving a current and modern city. It is considered one of the most beautiful cities in the world where numerous artists, writers, travelers from all over the world have been fascinated by its beauty and charm.

In the south of Spain, in the Autonomous Community of Andalusia, with an enviable geographical location, sea and mountains just a few kilometers away, the capital of western Andalusia has become a cultural reference in Spain and of great tourist relevance.

With Sierra Nevada as a backdrop and the Alhambra as an emblem, each walk through its streets is a different walk. Gothic, Renaissance and Baroque art join the majesty of latent Islamic art in the city.

The city of Granada, a crossroads of the most diverse cultures since ancient times, are reflected in its emblematic neighborhoods such as the Albaicín and the Realejo, Muslim and Jewish respectively. The Albaicín, declared a World Heritage Site in 1994, was the beginning of the current city of Granada where all the magic of its Arab past is still preserved. And the Realejo, an old Jewish quarter, invites you to get lost in its quiet and pleasant streets, hiding places of many secrets.

And among its seductive neighborhoods, rises the hill that culminates in one of the greatest wonders built in the world, the Alhambra. One of the most visited monuments in Europe where Spanish history is reflected in the union of Arabic and Christian architecture. Its water, its light, elements perfectly present creating a unique environment giving rise to an unparalleled example of beauty.

Many are the must-see areas in this city. Its historic center and its commercial center, Plaza Nueva and its walk to the magical Paseo de los Tristes, a gastronomic tour through its bars and restaurants letting you be seduced by its delicious tapas … without forgetting its most innovative and scientific part gathered in the Parque de science.

But Granada has not remained anchored in the past, it has evolved and has become a modern, equipped and dynamic city.

Famous for its University, the third most important in Spain, every year it attracts thousands of students from all over the world, which gives the city a young, cultural and cosmopolitan atmosphere. A diverse city, it offers diversity and a multitude of cultural possibilities every day. 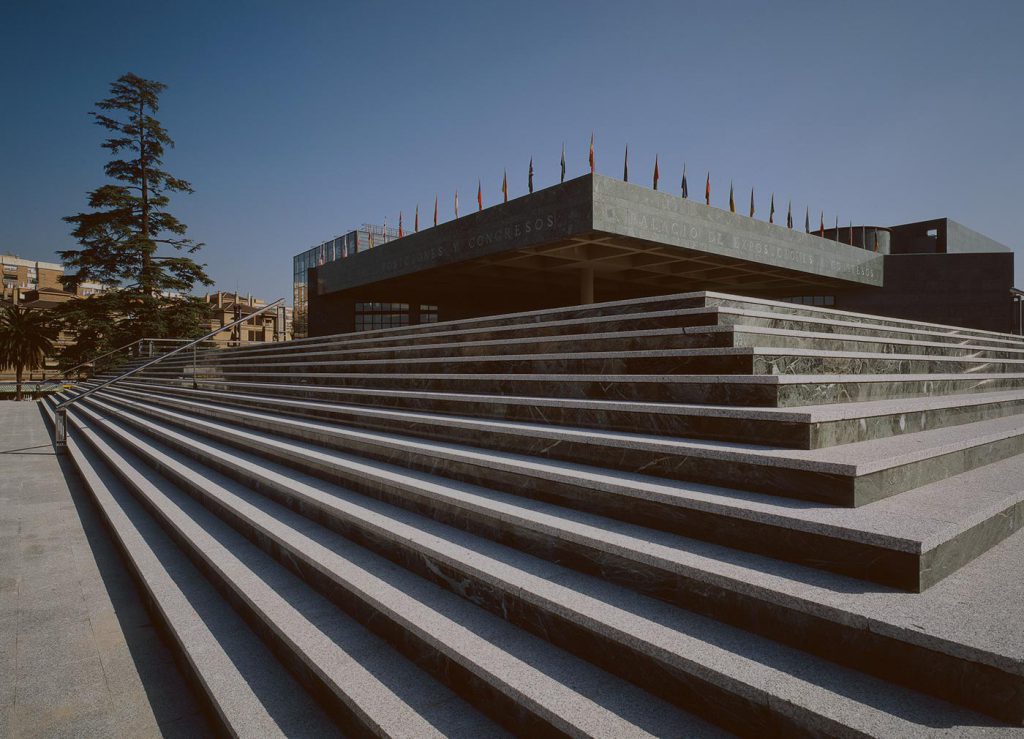 The Palace of Exhibitions and Congresses of Granada is located in the center of the city, next to the left bank of the Genil river. Due to its design, dimensions and features, it is considered one of the main Congress Centers in Spain.

Granada began to be placed on the international map of the congress sector in the 1980s. That was the reason why the then mayor of the city, Antonio Jara, decided to launch the Granada Conference Center and thus initiate a growth stage economic.

The building was inaugurated by the Kings of Spain on April 19, 1992, the year of the Barcelona Olympic Games and the Universal Exhibition of Seville. From the first day it became one of the landmark buildings in the city of Granada.

Juan Daniel Fullaondo, one of the great Bilbao architects of the 20th century, is the architect drafting the project together with Mª Jesús Muñoz and José Ibáñez. The Palacio de Congresos de Granada is one of his emblematic works and its design has been recognized on numerous occasions. The proportions of the enclosure and its orientation are studied to frame the different panoramic views that can be seen from the privileged location of the property, both of the Alhambra and the Sierra Nevada.

The large sculpture on which the building is centered offers a triple functional use: viewpoint towards the city, access stairway and stay and connection between park and building. This shape enhances the importance of the union between exterior and interior use of the building. The most characteristic of the building is its green Quetzal marble cladding. The choice of this color responded to two reasons: to turn the Congress Palace into a “jewel” of the city and to represent one of the colors of the Granada flag.

The building has twenty-eight auditorium rooms, the largest of which are the Federico García Lorca Room, and the Manuel de Falla Room. For the realization of commercial exhibitions it has the spaces located in two different and communicated hallways.

Visitors access: Through the main entrance on the Paseo del Violón

How to get TO

Granada Train Station
The High-Speed Trains connect Granada with all of Andalusia and with the main Spanish cities.

Granada Bus Station
With lines to every part of Spain and to the main European destinations.

What should you bear in mind?

What regulations are there?

How can you pay in Spain?

Safety. What information is it handy to know?

What do you need to know?

How do you make a tourist complaint?

How do you drive in Spain?

English is the official language of the Congress
The conference will have simultaneous translation into the Spanish-English-French languages.

The average temperatures in Granada in the month of October are 20° / 11°C with some probability of rain.

Participants are requested to take out their personal medical and travel insurance. Neither the Organizers nor the Secretariat of the Congress will assume any responsibility for damages or losses to people or property during the congress.

The Covid health procedures for the “2nd PIARC International Conference on the Operation and Safety of Road Tunnels and VIII National Symposium on Tunnels” are available for consultation at the following link:https://travelsafe.spain.info

We will update the information on COVID in Spain as we get closer to the conference date and take steps to make this conference as safe as possible.